Mozilla Firefox has security issues at the moment. Please USE other browsers to view or order. 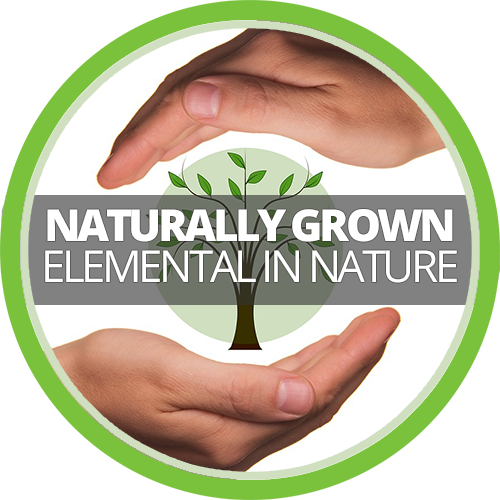 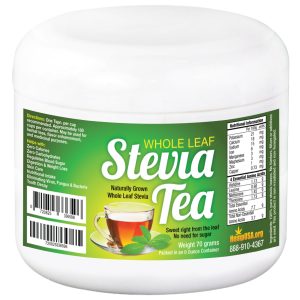 This product is packaged loose for your convenience.

Our Whole Leaf Stevia Tea is naturally sweet right from the leaf and it’s loaded with nutrients and safe for all diabetics. No calories, no carbohydrates, no tooth decay or chemicals of any kind!!! A great cup of tea for a healthy life!! There are three distinct traditions of stevia use. The first is for flavor enhancement, the second is for herbal tea and the third is its medicinal purposes. Stevia will one day have a dramatic impact on all countries of the world as a safe overall natural health sweetener and medicine. Here we have a plant, totally innocuous, posing no threat to human life and health, holding out in fact great hope for the production of a non-caloric sweetener with health benefits that are being systematically suppressed.

A shrub native to Paraguay and now grown in Canada has been used for over 1500 years by the native Guarani Indians. This herb has an abundance of positive effects. The whole leaf contains numerous phytonutrients and trace minerals and is much sweeter than sugar without negative side effects. It can sweeten any drink without calories, without carbohydrates, no tooth decay and is great for diabetics.

Stevia is one of the most health restoring plants on earth. What whole leaf Stevia does both inside the body and on the skin is incredible. Native to Paraguay and now grown in Canada, is a small green plant bearing leaves which have a delicious and refreshing taste that can be up to 30 times sweeter than sugar. Besides the intensely sweet glycosides (Steviosides, Rebaudiosides and a Dulcoside), various studies have found the leaf to contain proteins, fiber, carbohydrates, iron, phosphorus, calcium, potassium, sodium, magnesium, zinc, rutin (a flavonoid), true vitamin A, Vitamin C and an oil which contains 53 other constituents. Quality Stevia leaves and whole leaf concentrate are a nutritious and natural dietary supplement that offers numerous health benefits.

Stevia as a Sweetener

Stevia is the sweetener of the future. Because the human body does not metabolize the sweet glycosides, it passes right through the normal elimination channels. From the leaf or any of its processed forms, the body obtains no calories from Stevia! Processed forms of pure Stevia can be up to 300 times sweeter than sugar and they do not adversely affect blood glucose levels and may be used freely by both diabetics and people that suffer from hypoglycemia. For people with blood sugar, blood pressure or weight problems Stevia is the most desirable sweetener known and may also help greatly with digestion.

In all of its current forms Stevia has a taste unique to itself with no bitter aftertaste. Unlike artificial sweeteners, the sweet glycosides do not break down in heat which makes Stevia an excellent sweetener for cooking and baking. For those of you who want to cut sugar from your diet, using an all-natural, no calories sweetener, stevia could well be for you. Stevia is a natural sweetener, 30-300 times sweeter than sugar. The part used is the leaf. There is no after-taste and it is both safe and non-toxic according to Japanese research.

Scientific research has indicated that Stevia effectively regulates blood sugar and brings it toward a normal balance. It is sold in some South American countries as an aid to people with diabetes and hypoglycemia. Obviously each individual’s condition is different and such experimentation should be done under the supervision of a qualified physician. An important benefit for hypoglycemia is Stevia’s tonic action which enhances increased energy levels and mental acuity. It also has been observed that placing it in cuts and wounds brings more rapid healing without scarring. This will cause a severe stinging for several seconds, but is followed by a significant lowering of pain. Physicians have reported using stevia concentrate to heal psoriasis and burns, while others have reported that it is extremely helpful in healing various lip sores.

Studies have also indicated that Stevia tends to lower elevated blood pressure but does not seem to affect normal blood pressure. It also inhibits the growth and reproduction of some bacteria and other infectious organisms, including the bacteria that causes tooth decay and gum disease. This may help explain why users of Stevia enhanced products report a lower incidence of colds and flu and why it has such exceptional qualities when used as a mouthwash or added to toothpaste. Many people report significant improvement in oral health after adding Stevia powder to their toothpaste and using it diluted in water as a daily mouthwash.

Stevia is an exceptional aid in weight loss and weight management because it contains no calories and reduces one’s craving for sweets and fatty foods. Hunger sensations are lessened when taken 20 minutes before meals. Preliminary research data indicates that Stevia may actually reset the hunger mechanism in people where the pathway between the hypothalamus and the stomach has become obstructed. Stevia would help people to feel satiated sooner by helping them to eat less.

Other benefits of adding Stevia to the daily diet include improved digestion and gastrointestinal function, soothing upset stomachs and quicker recovery from minor illness. Users have also reported that drinking Stevia tea or Stevia enhanced teas helped to reduce their desire for tobacco and alcoholic beverages.

Stevia leaves vary widely in quality due to many environmental factors including soil, irrigation methods, sunlight, air purity, cleanliness, farming practices, processing and storage. There are also numerous species of Stevia with differing Stevioside/Rebaudioside content. The sweet glycosides are released more rapidly in hot liquid than in cool liquid. Our Whole Leaf Stevia Tea™ offers excellent relief for an upset stomach. Wet stevia tea leaves used in a poultice can effectively tighten the skin and diminish fine lines and help with various skin blemishes including acne.

Ground Whole Leaf Stevia is excellent when sprinkled lightly over cooking vegetables and meats, cereals and salads. Besides adding its own sweet taste it significantly enhances the flavor and nutritional value of the food. Ground Stevia can be used in many cooking and baking applications.

Refined Steviosides & Rebaudiosides are the sweetest form of Stevia and may be purchased in a white powder form by adding the powder to water and a preservative. The powder may be added directly to food and beverage but in very tiny amounts.

Although Stevioside is a desirable sweetener it does not have the extraordinary health benefits of the Stevia leaf or products made from whole leaf Stevia concentrate.

There has never been a complaint that Stevia, in any of its consumable forms, has caused any harmful side effects in the 1500 years of use in Paraguay and about 20 years in Japan. Scientists who have studied intensively regard Stevia as quite safe for human consumption.

“More elaborate safety tests were performed by the Japanese during their evaluation of stevia as a possible sweetening agent. Few substances have ever yielded such consistently negative results in toxicity trials as have stevia. Almost every toxicity test imaginable has been performed on stevia extract [concentrate] or stevioside at one time or another. The results are always negative. No abnormalities in weight change, food intake, cell or membrane characteristics, enzyme and substrate utilization, or chromosome characteristics. No cancer, no birth defects, no acute and no chronic untoward effects. Nothing.”

This brief review of the Stevia plant and its worldwide uses in no way constitutes an endorsement of such uses. At this time the FDA permits Stevia to be imported, labeled and sold only for its approved use as a dietary supplement and in skin Care. The information contained is provided for educational purposes only. Medical advice is neither implied nor intended. Please consult your health care professional for medical advice.

It has several other added advantages too. For those of you who read the article “Can candida cause cancer?”  you will find it recommended by expert Gerald Green as it also is known to kill off yeasts and certain microbes.

Stevia is also high in chromium, (which helps to stabilise blood sugar levels), manganese, potassium, selenium, silicon, sodium and vitamin A. It also contains iron, niacin, phosphorus, riboflavin, thiamine, vitamin C, and zinc. A simple taste test demonstrates the difference why you will love the stevia products from HempUSA.org

A little legal history about stevia

In 1984, stevia importers were informed by the Food and Drug Administration (FDA) that they could no longer import concentrated stevia liquid into the United States for sale as a sweetener. FDA officials did say that there was no problem with importing stevia in tea bags for sale as a tea.

The FDA imposed an import alert on stevia in May 1991, instructing importation agents to not allow stevia in any form into the United States.

The agency later relaxed that order, allowing stevia to be imported and sold only as a liquid concentrate for skin care.

The FDA issued a revised import alert on Sept. 18, 1995, informing its agents that stevia could be imported and sold if, and only if it was labelled as a dietary supplement.

It is far too sweet to be eaten by itself, but it is in high demand by consumers who want a non-calorie sweetener.

We think we will see great strides in the growth and more public use of stevia. It will be nice to have a no-calorie sweetener which has positive health benefits for a change! Stevia is naturally 30 to 300 times sweeter than sugar. It is the finest alternative to artificial sweeteners with no added chemicals of any kind, calories, no side effects and no aftertaste. 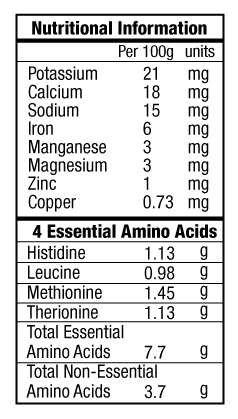 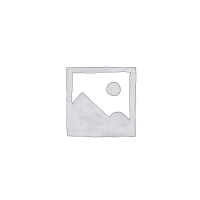 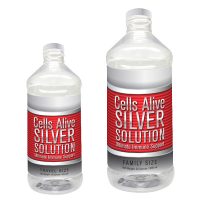 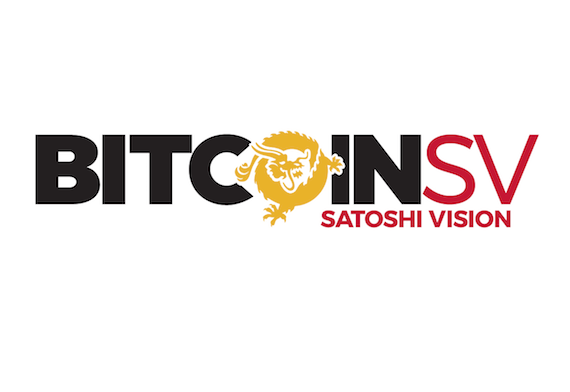