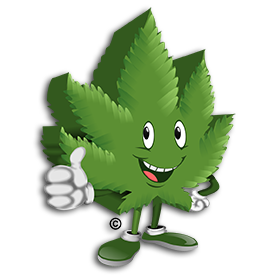 Essential fatty acids are termed as such because the body cannot manufacture them. Therefore, they must continually be replenished in the diet. EFAs are not stored or used for energy as are other fats. Instead, they are used as raw materials for cell structure and as precursors for the synthesis of many of the body’s vital biochemicals, including hormones and prostaglandins.

Because our brains are made of long-chain omega-3 fatty acids, many assume that the only way you should obtain these is by eating such things as fish, which have the long-chain fats. Such plant sources as hemp seed oil, coconut oil, and flax seed oil are made up mainly of medium-chain fats. However, when long-chain fatty acids are eaten, they must be emulsified by bile salts in the small intestine before they can be absorbed into the body. Short- and medium-chain fatty acids are absorbed directly through the portal vein to the liver, where they are immediately available to the body.

GLA (gamma linolenic acid from LA) and SDA (stearidonic acid from LNA) serve as intermediaries in the formation of longer-chain fatty acids and vital hormone-like prostaglandins in the body. Hemp seed oil is one of the only food oils to contain these direct metabolites able to circumvent the impaired EFA metabolism and physical compromise that can result from genetic factors, intake of other fats, aging, and lifestyle patterns.

GLA and SDA are not considered to be “essential” because the body is also able to convert some of the parent compounds into GLA and SDA, a process that happens through the enzymatic action of delta-6-desaturase. However, there are many health conditions and nutritional deficiencies that interfere with this process. Therefore, GLA may very well be an EFA for such individuals as the elderly, diabetics, those with excessive cholesterol, common viral infections, and a zinc deficiency. It is vital for those consuming an excess of saturated fats, refined oils, fried foods, alcohol and sugar. Trans-fatty acids also inhibit the production of GLA and SDA.

GLA is used in both the pharmacological and cosmetic industries. The most important use is in the area of chronic skin disorders such as neurodermatitis. Used both internally and externally, GLA can balance a lack of essential fatty acids and return the moisture loss of the skin back to normal hydration. The alleviating action of GLA on psoriasis, atopic eczema, and mastalgia are already well documented and GLA preparations are frequently prescribed for the treatment of them. GLA has also been researched for its beneficial effects in cardiovascular, psychiatric and immunological disorders, particularly that of rheumatoid arthritis, diabetic neuropathy and premenstrual syndrome.

GLA is found in minute quantities in most animal fats. Oats, barley and wheat germ also contain small amounts, as does human milk. Excellent sources of GLA, though, are hemp seed and hemp seed oil (2-6%), blue-green algae (spirulina), evening primrose oil, black currant seed oil, borage oil and some fungal oils. None are as tasty as hemp seed oil and consequently, not nearly as versatile either.

In order to introduce hemp seed oil into medicinal preparations, it would be necessary to increase the GLA content in the seed from the present 2-4% to about a 10% level. Hemp oil with a 10% GLA content would immediately replace other oils. A seed-hemp cultivar (Finola) grown in Finland, and now in Canada, has GLA and SDA levels of 4% and 2% respectively.

Although LA (omega-6) is present in our bodies in much greater quantities and because the western diet has an over-abundance, deficiencies are rare but can happen. Symptoms of an LA deficiency include: skin eruptions (acne and eczema-like), loss of hair, poor blood circulation, behavioral disturbances, liver and kidney degeneration, gallbladder problems, prostatitis, muscle tremors, abnormal water loss through the skin (sweating profusely), susceptibility to infections, impaired wound healing, male sterility, miscarriage, arthritis, cardiovascular disease and growth retardation.

These deficiency symptoms are all reversible with adequate intakes of EFAs but if ignored for a long time, health problems can develop into more serious degenerative conditions.

While there are many pictures of the horrors of eating saturated fats being painted today, they are necessary to the body. It is the excess consumption of them from meat and fried foods that raise blood levels of LDL cholesterol. This excess contributes to the formation of arterial plaque, thus raising the risk of heart attacks and strokes.

Saturated fatty acids (SFAs) are an important source of calories. When our energy needs are met, our bodies metabolize excess fatty acids into SFAs for storage as adipose tissue. There are only small quantities in vegetable oils – about the right amount that is actually needed. Hemp seed oil is composed of about 8% saturated fat.

In the modern Western diet, omega-6 is plentiful to excess; but omega-3 is relatively rare. The ideal ratio between omega-6 and omega-3 essential fatty acids (LA:LNA) in the human body is 3:1. Based on this, the following comparison is made among the most common edible oils:

Although there is no official recommended daily allowance (RDA) for EFAs, many experts recommend a minimum of 3% of calories from omega-6 and 1% from omega-3 fatty acids. Pregnant or lactating women should double this intake.

One tablespoon of hempseed oil or one ounce of shelled hempseed supplies roughly 6.6 grams of omega-6 and 2.2 grams of omega-3 – just the amounts needed for a 2000-calorie diet. This is a suitable amount even for vegetarians and takes into account the conversion ratio of 1% ALA to DHA, the currently accepted conversion rate for plant sources of omega-3s. However, those who lack such enzymes as ethnic groups with a history of high fish intake may have difficulty converting ALA to DHA.